Andrew and Wendy Palau recently hosted a massive regional festival in the East African nation of Malawi attended by 150,000 people and where 37,922 people indicated a decision to receive Jesus as Lord.

The Love Malawi Festival (from September 19 to October 3) proved to be a powerful example of God’s grace and favour over the ministry of Andrew and Wendy Palau and their ongoing evangelistic work. Uniting more than 2,250 local churches for two weeks of evangelistic ministry, this campaign helped saturate four cities in the East African nation with the Good News and saw more than 37,922 people come to salvation.

The campaign featured numerous outreaches to every sector of society. In total, more than 50 evangelistic events took place throughout the region during the two-week campaign.

In addition to those who attended the events in person, many more were reached through an extensive media campaign, including national television broadcasts of Andrew Palau’s messages from local prisons as well as the final weekend’s evening messages, on one of Malawi’s national television networks.

During their time in Malawi, Andrew and Wendy Palau also gathered with more than 1,000 local pastors and church leaders, encouraging them in the Word, focusing on continuing in unity, and inspiring them to keep evangelism a top priority.

As is the case in all Palau campaigns, ministry partners stood with Andrew and Wendy Palau to help saturate the region. Empowering local evangelists and believers with tools and opportunities, they helped spread the Word in prison outreaches, eye glass clinics, school assemblies, sports tournaments, visits to orphanages, and through evangelistic dinners for key groups of individuals.

Andrew and Wendy also invited eight partner evangelists – from seven nations – to help spread the Good News throughout the surrounding area, partnering with local churches to hold evangelistic festivals and gatherings in the cities of Mulanje, Luchenza, and Balaka.

This campaign marks five years since Andrew and Wendy Palau last ministered in Malawi. The campaign in 2016 reached thousands of people face-to-face in Lilongwe, the capital of Malawi. It also included an historic outreach in the major refugee city of Dzaleka. This year’s campaign followed suit with similar efforts and outreaches around the region.

“Andrew Palau, Don Moen and EAM Malawi, the organizing team, the church fathers, and of course the bikers and musicians, have delivered an extraordinary ministration so faithfully that I am literally speechless. I can only say Glory to God…” said Jimmy Lapunga, a local business leader. “Some of us whose spirits were perhaps smoldering have been truly revived. Hopes shattered by COVID and economic malaise have been revived. A nation divided along tribal and denominational lines has rediscovered what true love and unity entails. Prisoners in despair have seen their souls being encouraged and God has certainly deposited something in their spirits with amazing grace.”

The culminating festival, taking place over three days in the heart of Blantyre, featured local Malawian artists as well as international artists Don Moen, Zenzo Matoga from Boston, and Brandon Burke, a young rapper from Atlanta. It also included a family fun zone, stunt demos from professional skaters, BMX, and FMX athletes (in partnership with The Stunt Dudes), and multiple presentations of the Gospel. During the evenings, Andrew Palau shared the Good News of Jesus from the main stage and offered an invitation of hope to the masses. Thousands of local believers (who were trained by the Palau team) helped counsel and follow up with each new believer at the festival.

While local leaders continue in this effort, the Palau Association will move on to support similar campaigns in cities across the globe. Upcoming outreaches include campaigns in Argentina, Egypt, Pakistan, Connecticut, the United Kingdom, and Ghana, to name a few.

You can learn more about the Luis Palau Association and their worldwide work at www.palau.org.

For more than 25 years Andrew Palau has played a key role in the ministry of the Luis Palau Association (LPA), which was started by his father, the late evangelist Luis Palau. Andrew has been instrumental in building the LPA model for citywide outreach as an evangelist, director, and key team leader. He has guided campaigns, led church relations efforts, trained thousands of believers in friendship evangelism, and proclaimed the Good News of Jesus Christ in person to hundreds of thousands of individuals around the world through evangelistic campaigns.

Andrew and Wendy’s festivals have brought the Palau Association into partnership with thousands of churches in cities throughout Latin America, Africa, Asia, Europe, Australia, the Caribbean, and the USA. Andrew’s weekly radio broadcasts are heard by millions of people on radio outlets around the world. He is also the author of multiple books, including The Secret Life of a Fool, a retelling of his personal journey to faith in Christ, and What is Christmas?, a groundbreaking evangelistic book published in China in 2012.

Fri Nov 19 , 2021
The world marks International Women’s Day in March and today, 19th November people in some 80 countries will celebrate International Men’s Day. One may wonder […] 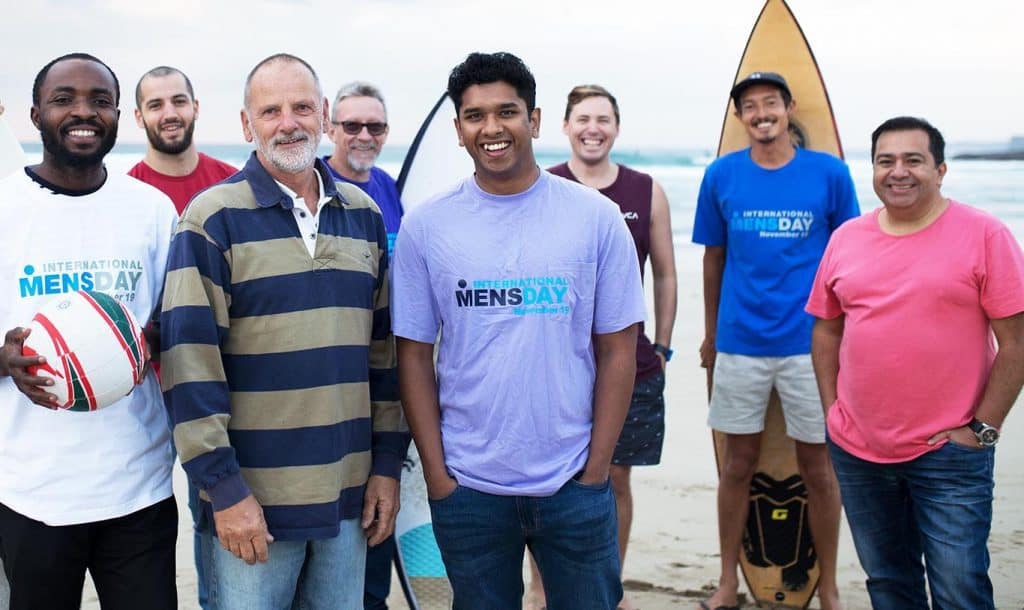