It’s unfortunate that the global church movement, which started with such high hopes in Australia, has come under fire lately from a 1.5 hour BBC Hillsong documentary. Entitled ‘Storyville – Hillsong Church: God Goes Viral’ the BBC seems to have rounded up several disgruntled former members as well as dragged up some ancient history that everyone will agree is inexcusable.

Led by Brian and Bobbie Houston in Sydney, the Hillsong movement now stretches across the world with campuses in many major cities. We have sung its best-loved songs for more than two decades and admired its excellence in ministry, however the BBC Hillsong documentary tells a different story. In short, “Houston we have a problem”.

This of course is the famous movie quotation from ‘Apollo 13’, when the space crew were forced to abort their mission due to an unforeseen, life-threatening fault. The BBC Hillsong documentary has caused a major headache for the Houston family and all who attend Hillsong, however the mission will undoubtedly continue.

It’s common knowledge that Brian’s father, Frank Houston was a pedophile. So this is not a secret the church is trying to hide. Although there are accusations that Brian Houston tried to cover the situation up. It’s a sensitive issue especially when you consider the fall out of this detestable behaviour both on the victim and the children of the perpetrator.

It’s shocking to hear testimony from the man who Frank Houston abused at the age of seven (while Brian was sleeping in the next room). As Brian Houston says, about his father’s actions, ‘it’s inexcusible.’ That knocks the nail right on the head. In no way does the Hillsong leader try and defend his father’s actions. He should not have to answer for what his dad did in secret.

“But among you there must not be even a hint of sexual immorality, or of any kind of impurity, or of greed, because these are improper for God’s holy people.” (Ephesians 5:3)

Sexual abuse is not something that should ever happen, especially in a church, where the pastor is meant to be the protector, not a predator. However many, many young people have been violated by clergy across the denominations. Our hearts go out to that survivor, to all survivors in fact. Their lives have been ruined, but there is still hope in God. He is able to heal the most wounded soul and restore them completely.

For me the miracle of Hillsong is that out of this mess, perpetrated by Frank Houston (who founded one of the campuses that became Hillsong) God was able to raise up a church movement that would impact the world. Furthermore, despite imperfect leaders like Carl Lentz (also featured in the documentary) who recently had to step down as pastor of the NYC campus, due to infidelity, the church continues to expand despite criticism, negativity and scandal.

Watch the BBC Hillsong documentary with an open mind and evaluate the church for yourself.

“Attracting a congregation of over 150,000 young people a week in 28 countries, Hillsong’s services are mostly held in concert arenas, filled with pop music and high-octane, slickly produced performances,” the blurb to ‘Storyville – Storyville – Hillsong Church: God Goes Viral’ reads. “This documentary also explores the resurgence of spirituality and belief among millennials today,” it continues, asking several thought-provoking key questions. “Why do millions of media-savvy young people follow a religion whose values do not always align with their own? What does this glossy version of Christianity have to offer, and at what price does salvation and transformation come?”

Hillsong Church is not perfect, no church is, however I do believe they have a genuine love of God and a heart to see people come to Christ and be transformed. Despite all the gloss, I do believe that’s still the crux of their existence. During the BBC Hillsong documentary, Pastor Brian speaks a lot about Christians becoming influencers to impact society and this is something all believers should aspire to. In this regard we can still follow Hillsong’s example. Unless we do this we are never going to see the Great Commission fulfilled.

Having followed the exponential growth of Hillsong over the years and heard Brian Houston preach many times I have always found him to be a very down to earth, no nonsense type of guy. I met him once in London to interview him for a magazine and was impressed with his humility to serve. Of course money and success does change people, and it is my prayer that God would keep Hillsong well grounded. Jesus said He will build His Church and the gates of Hell will not prevail against it, let alone a film on TV.

We also know that unless God builds the house, we labour in vain. May God continue to build this movement and may its influence only increase. Of course. there is always room for improvement, and it seems Hillsong are making several changes to address some of the criticisms levelled against them. For example on the issue of lack of leadership diversity they are working to put this right. There is another famous movie quote from the Apollo films… “Houston we have lift off.” May this BBC Hillsong documentary propel the global Hillsong family into new realms of humility and service, with a fresh focus on ‘the last, the least and the lost.’

Subscribe to International Christian and get ‘The eMail on Sunday’

One thought on “‘Houston we have a problem’… What do you make of the controversial BBC Hillsong documentary?”

God and Sport – Do they go hand in hand? Did God invent basketball?

Tue Aug 10 , 2021
Perry Chike looks at the concept of God and Sport, which is especially relevant following the Olympics and the many testimonies from athletes of how […] 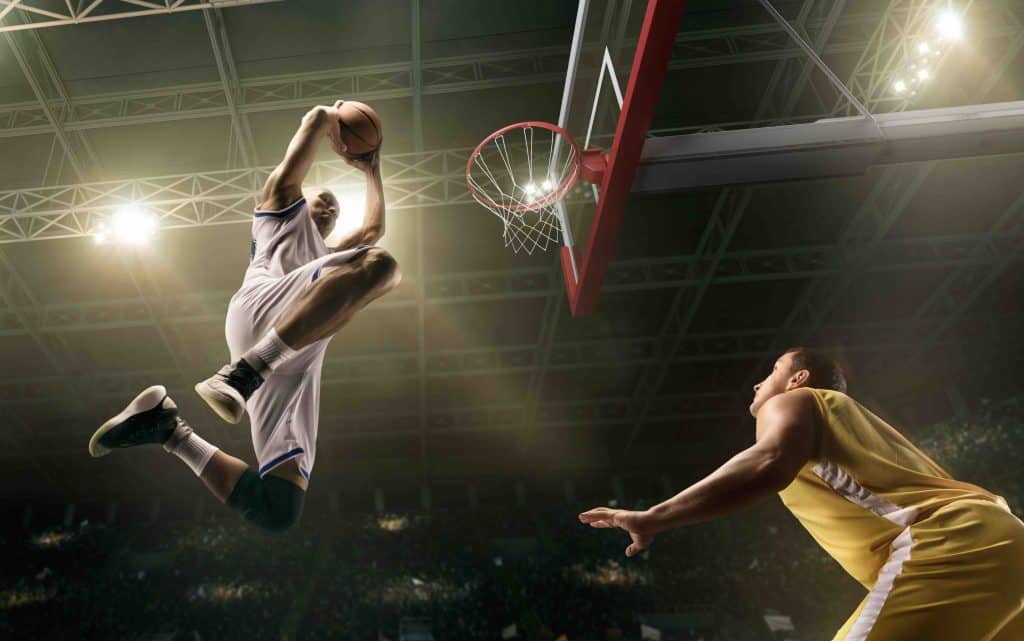