As the Uyghur genocide continues to make headlines around the world, Christians are being urged to stand up and speak out for religious freedom in China.

A brave woman carries a placard in Colone Germany in protest against Christian persecution in China. The inscription reads ‘ChiNAZI’. Could the Chinese Communist party be repeating the atrocities of Hitler’s notorious regime?

Why would a group of Tibetans, Uyghurs, Taiwanese, Vietnamese, Hong Kongers gather (as the picture above shows) to protest against the visit of Chinese Foreign Minister Wang Yi to Paris?

ChinaAid has some answers. An international non-profit Christian human rights organisation, it is committed to promoting religious freedom and the rule of law in China.

“For years, advocacy groups have raised the plight of the Uyghur people at the hands of the Chinese Communist Party,” says Dr Bob Fu of ChinaAid. “The news pointing to an ethnic cleansing and genocide became overwhelmingly clear. The world can no longer stand idly by as the CCP seeks to destroy people of all faith.”

Accoding to ChinaAid, the Uyghur people, who are a predominantly Muslim group, have been undergoing severe abuse by China’s police state. “An estimated 1- 3 million Uyghurs are being held in ‘reeducation camps’ for reasons as simple as growing a beard, wearing a veil, or having a home with a ‘dense religious atmosphere.’ The evidence of Uyghur genocide is seen in mass arbitrary detentions, forced sterilisations, torture, and an intricate forced labor system.”

ChinaAid is urging all countries who are commited to religious freedom and the rule of law to declare the gross human rights abuses committed against Uyghurs and other Turkic Muslims in the Xinjiang Uyghur Autonomous Region by the Chinese government as genocide. It says it will continue to work to advance religious freedom for all in China including Uyghurs going forward helping to create a coordinated effort to bring justice and accountability to the situation.

In the video clip below, Pastor Fu encourages readers to stand up and speak out for the freedom found only in Jesus. He shares a report on the bold Chinese street preacher Chen Wensheng, who was recently detained. Such courageous men of God challenge us to approach persecution in the same way as the Early Church did. Paul, Silas and Peter refused to be silenced and continued to share the Gospel joyfully to their prison guards.

Preacher Chen is known to display a large cross while he is sharing the Gospel on the streets. It contains the powerful messages written in Chinese, “Glory to the Lord” and “Repent and be saved by faith alone.” You will be inspired as you watch the video.

Pastor Fu encourages all Christians to intercede for religious freedom in China but also to pray against the Uyghur genocide which continues to shock the world. Also, be inspired to proclaim, Jesus Christ, as the way, the truth, and the life where you live, for that only in Him can we be truly “free.”

Click to find our more about ChinaAid and its efforts to expose the systematic persecution, harassment, torture, and imprisonment of Chinese Christians and the horrors of Uyghur genocide.

340 million Christians now being persecuted for their faith, that's 1-in-8 worldwide

Sun Feb 28 , 2021
The number of people now being persecuted for their faith increased by 60% in 2020 according to Open Doors, a leading watchdog group. This has […] 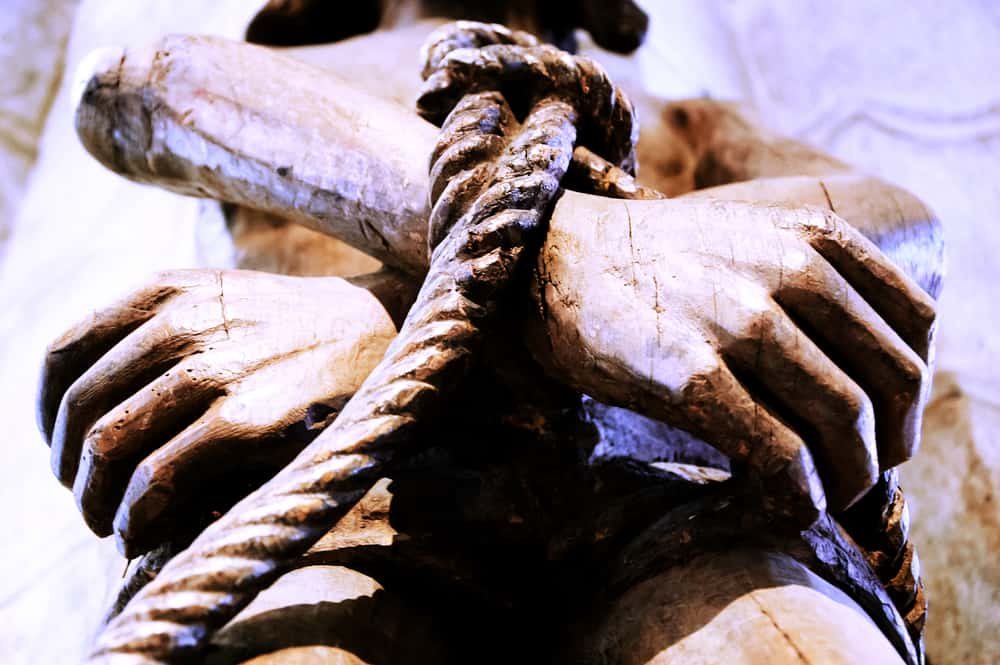 Over 1.2 million impacted with the Gospel in Nigeria

What is the Value of Your Soul?