Dar es Salaam is densely populated. Roads are usually jammed with standstill traffic. It can take hours to travel from one part of the city to another, making it difficult for the entire city to be able to attend an event. But by offering six simultaneous Gospel Campaigns in six different areas, the CfaN Evangelism Team greatly increased the number of people they were able to reach with the Gospel in the region.

Evangelist Kolenda has enlisted graduates of the CfaN Evangelism Bootcamp to help carry the ministry in each crusade to implement this multiplication strategy. Every night he travelled to a new crusade and preached in one of their five services.

While an Operation Decapolis Campaign requires a tremendous amount of logistical groundwork, the rewards far outweigh the efforts. As Evangelist Kolenda posted on his social media platforms,

“Tonight, I started out preaching in the Kimara section of Dar es Salaam, where Evangelists Evelina Smane and Denis Artyushevskiy are stationed. After preaching the Gospel, they ministered to the sick, and amazing miracles happened.” In addition to thousands of salvations and an outpouring of Holy Spirit, miracles from the five days of gatherings included:

While these massive outdoor gatherings are often noted for their scale, what God is doing behind the scenes is no less incredible. More than 2,200 churches were involved in the organizational process, and multiple thousands of local volunteers joined together to reach their community with the truth of God’s love made known through Jesus.

The meetings are more than Evangelism events – they are at the heart of a broader strategy to grow meaningful churches in every corner of the earth. To that end, Christ for all Nations uses a digital system to send every new convert a text message that points them to a local church.

Pastoral teams are also provided with contact information to follow up with these new followers of Christ and invite them into the discipleship process alongside a church in their neighborhood. This system has fostered church growth across Africa, and the Tanzanian church is no different. God’s promise to CfaN’s founding evangelist, Reinhard Bonnke, is coming true in our day: Africa will be saved!

The operation also relied on 120 CfaN volunteers. Collectively, that team worked more than 40,000 hours to prepare for the monumental six-site event. Altogether, that’s 19 years of 40-hour work weeks! Events on this scale are not possible without the prayer, volunteer time, and financial support that CfaN partners generously give.

Visit www.cfan.org for more information about Christ for all Nations.

Also read: Get free access to Full Flame – 8 films that ignite a passion for evangelism

Sun Nov 7 , 2021
Andrew and Wendy Palau recently hosted a massive regional festival in the East African nation of Malawi attended by 150,000 people and where 37,922 people […] 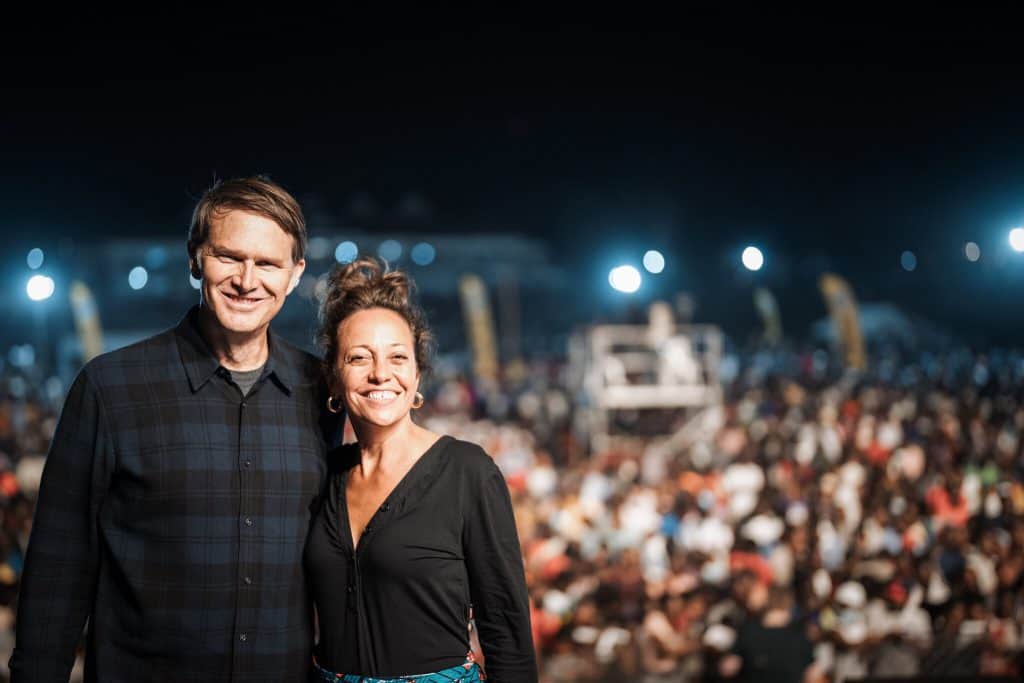