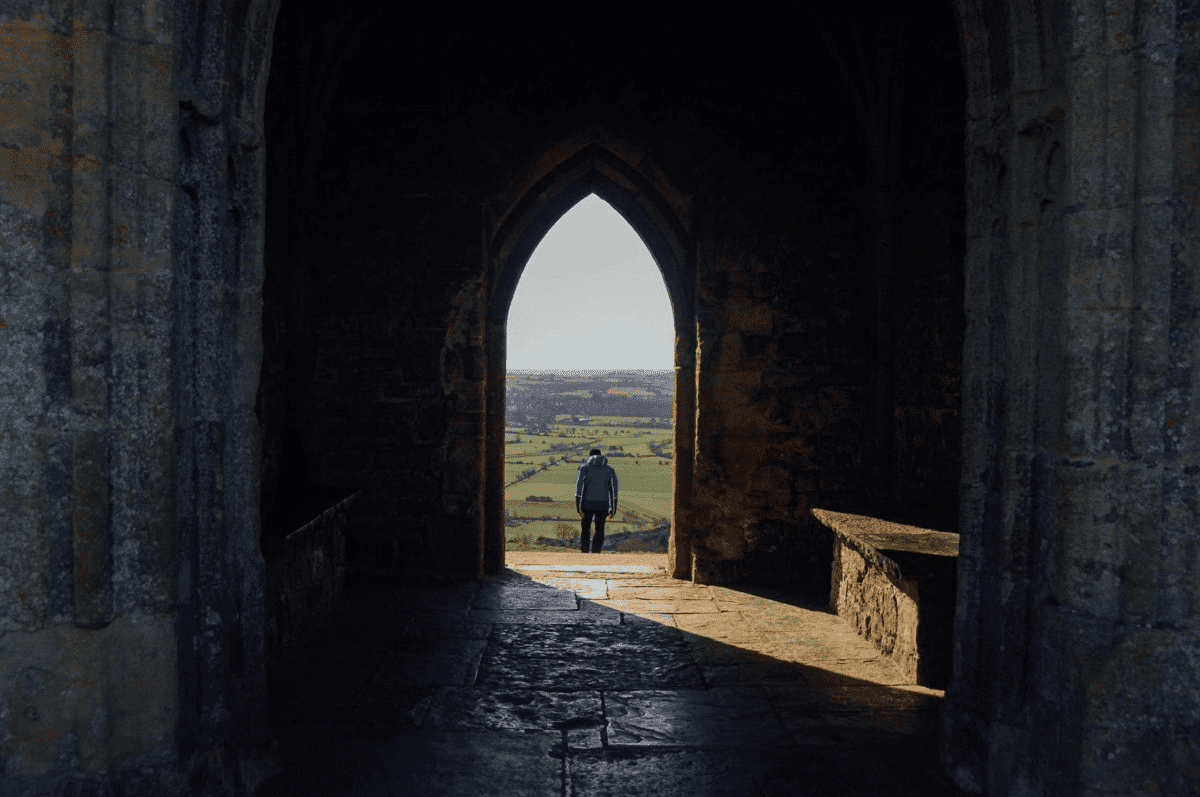 Recently a major investigation revealed that the clergy in France had abused more than 330,000 children over 70 years, Pope Francis said, “I would like to express to the victims my sadness, sorrow for the trauma they have suffered and also my shame, our shame, for the church’s inability, for too long, to put them at the centre of its concerns.”

The pope invited Catholics in France to take responsibility for what had happened in order to make the Church a “safe home for everyone. “This is the moment of shame,” he said, calling on bishops to make every efforts to ensure that “similar tragedies do not happen again”.

The Lord says in Isaiah 1:17, “Learn to do right! Seek justice, relieve the oppressed, and correct the oppressor. Defend the fatherless, plead for the widow.” Amplified Bible

It is grievous when children suffer abuse at the hands of priests who are ‘representatives of God‘ to them. It is worse when the abuse happens in a church which should be the place of utmost safety for them. Those individuals who encountered abuse suffered trauma that broke them as persons. Even worse, when they spoke up about what happened to them it was not dealt with justice and truth. They were told to shut up and pretend it never happened.

The loss of each of those persons who suffered such abuse is far too great and cannot be compensated by money or material measures. They have lost sight of who the Lord is, who they are and the sanctity of their bodies and souls. Who can repay them for such a loss? Who can restore the losses they have suffered in personal relationships because they felt ‘tainted’ after the abuse?

When a child is abused by a biological father, it is considered a grave matter since it is the father’s duty and responsibility to ensure the ‘safety’ and ‘security’ of the child. In the Catholic Church which upholds ‘Chastity’ as a virtue, where priests are ‘serving the Lord,’ isn’t it deplorable that priests have been breaking the laws of God?

Deuteronomy 27: 22 says, “Cursed is he who lies with his half sister, whether his father’s or his mother’s daughter. All the people shall say, Amen.” If the Lord says clearly a person who lies with someone outside of ‘God-ordained norms’ is ‘cursed,’ what would He say about the priests committing such crimes against children? How would God judge the ‘priests’ who have committed such child abuse?

Deuteronomy 27: 19 says, “Cursed is he who perverts the justice due to the sojourner or the stranger, the fatherless, and the widow. All the people shall say, Amen.” How much would the heavenly Father’s heart be grieved to see that justice was perverted and the sufferers made to suffer greater sorrow at the hands of the church? How would the Lord God judge the church for perverting justice for so long? What would God want the church to do as a remedy for this situation?

Relationship with the Lord

When a child suffers trauma and abuse at the hands of an ‘elder’ who is responsible for their ‘spiritual’ growth, it ruins their relationship with God. The child begins to perceive ‘God’ as bad, evil and unjust. Where the child is concerned it is true because they have suffered injustice, but what their experience made them think about God is not true. The losses faced by such individuals abused as children are great. It is terrible that they can’t see the love the Lord has for them and live lives without hope.

1 Corinthians 8:11-12 speaks very clearly on this, it says, “And so by your enlightenment (your knowledge of spiritual things), this weak man is ruined (is lost and perishes)—the brother for whom Christ (the Messiah) died! And when you sin against your brethren in this way, wounding and damaging their weak conscience, you sin against Christ.” Amplified Bible

Mark 9:42 speaks about the gravity of those who sin against children who are precious to the Lord, “And whoever causes one of these little ones (these believers) who acknowledge and cleave to Me to stumble and sin, it would be better (more profitable and wholesome) for him if a [huge] millstone were hung about his neck, and he were thrown into the sea.” The priests who commit these grave crimes against these children for years and got away with it, should receive just and proper punishment. The law should take its course and treat them as they treat all other citizens.

Grief of our Father & LORD

And in Ezekiel 34:10 the Lord God says, “Behold, I am against the shepherds, and I will require My sheep at their hand and cause them to cease feeding the sheep, neither shall the shepherds feed themselves any more. I will rescue My sheep from their mouths, that they may not be food for them.”

God created each of us. He loved us so much He sent His Son Jesus to die on the cross to save us. We need to understand the grief of our Lord when such grave crimes are committing by those who bear His name. The priests who are abusers and evil doers forget He is also the JUDGE who who judge them. They will have to give an account of every single act they committed to Him. If they do not repent sincerely they stand to spend eternity in the lake of fire (Rev 21:8)

God cares a lot for those who have suffered greatly. He says in Jeremiah 30:16-17, “Therefore all who devour you will be devoured; and all your adversaries, every one of them, will go into captivity. And they who despoil you will become a spoil, and all who prey upon you will I give for a prey. For I will restore health to you, and I will heal your wounds, says the Lord, because they have called you an outcast, saying, This is Zion, whom no one seeks after and for whom no one cares!“

Psalm 12:5 says, “Now will I arise, says the Lord, because the poor are oppressed, because of the groans of the needy; I will set him in safety and in the salvation for which he pants.”

In Isaiah 61: 8 the Lord says, “For I the Lord love justice; I hate robbery and wrong with violence or a burnt offering. And I will faithfully give them their recompense in truth, and I will make an everlasting covenant or league with them.”

Healing for those abused

If you have suffered at the hands of someone in the church, no matter what their position is, please know that it is not the will of our heavenly Father that any of His children suffer. God did not make us puppets, He gave each individual free will. When a person uses his/her free will to abuse someone or take advantage of them, injustices take place.

The world is full of people who cross the line of ‘right’ and ‘wrong’ and are changing what is considered to be ‘right’. Know that even when the world changes their standards of right and wrong, God’s standards still remain the same. There is nobody who ever lived on earth who will escape the judgment of God. Everyone who is born has to die someday. There is an eternity, an afterlife. Many who do evil don’t realize that they will pay for their wrongdoings in this temporary lifetime through eternal suffering.

God loves you. He says to you, “Yes, I have loved you with an everlasting love; therefore with loving-kindness have I drawn you and continued My faithfulness to you.” Jeremiah 31:3 Amplified Bible

He also says to you, “When you pass through the waters, I will be with you, and through the rivers, they will not overwhelm you. When you walk through the fire, you will not be burned or scorched, nor will the flame kindle upon you. For I am the Lord your God, the Holy One of Israel, your Savior; I give Egypt [to the Babylonians] for your ransom, Ethiopia and Seba [a province of Ethiopia] in exchange [for your release]. Because you are precious in My sight and honored, and because I love you, I will give men in return for you and peoples in exchange for your life.” Isaiah 43:2-4 Amplified Bible

God says, “Vengeance is Mine [retribution and the meting out of full justice rest with Me]; I will repay [I will exact the compensation], says the Lord. And again, The Lord will judge and determine and solve and settle the cause and the cases of His people.” Hebrews 10:30 Amplified Bible

Surrender the whole matter to the Lord Who loves you. Pray as David prayed in Psalm 90:15 when he said, “Make us glad in proportion to the days in which You have afflicted us and to the years in which we have suffered evil.”

Allow Him to restore your life and recompense you. He will never fail you. Try Him!

Sat Oct 23 , 2021
FOMO – the Fear of Missing Out is a condition affecting many people today. This is sad because nobody wants to live in fear. On […] 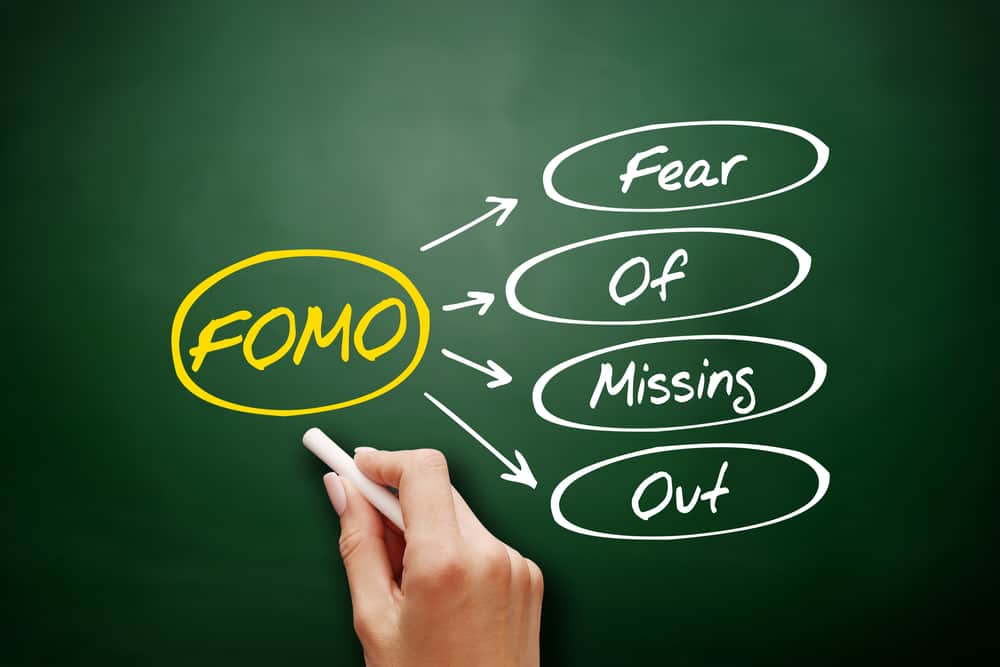