Annie Chikhwaza is known as ‘Mother of Malawi’ due to her work amongst orphaned children in the poor Southern African country. She is mom to over 100 boys and girls who she has cared for from birth. Now in her 70s Annie is in the most high-risk category and recently contracted Covid-19 and then malaria. Christians around the world were praying for her complete recovery especially since there has already been a tragic death at the orphanage from the virus.

Though people call her Mother of Malawi, Annie didn’t set out to be well known or be featured in a TV series or even to have a book written about her. She just had a heart filled with love for children in a nation of 12 million people and where one million are orphans. The result is that she started with one little baby, suffering with HIV/AIDS and gave her a home.

Sadly another abandoned infant had to be entrusted into her care, then another and over the past 22 years Annie has been ‘mayi’ or mother to hundreds of babies. Originally from the Netherlands, Annie has often been featured on Dutch TV, including the series ‘Mother of Malawi’ which became the title of her biography by Al Gibson.

Many of these children are now teenagers or young adults and still living at home. Home is, of course, the Kondanani Children’s Village, near Blantyre This is an oasis of love comprising of multiple children’s homes, a nursery, primary and senior school and a paediatric hospital. It’s more like a small town set in beautiful countryside complete with its own little lake.

Though each orphaned child has their own unique story of how they came to the village in a time of great despair, they have found refuge at Kondanani which means ‘Love One Another’ in the local Chichewa language. However, tragedy can strike in even the most loving and beautiful environments and sadly Covid-19 hit Malawi in January when a number of children became infected with the virus.

Worse still, Cherie Martin, who was a key leader at Kondanani, contracted the virus, got pneumonia, and passed away within days. This was such heartbreaking news, especially for the children she cared for so faithfully for 19 years. Cherie was a key part of the ‘Mother of Malawi’ story. She managed the entire operation along with Annie and her death has left a huge gap.

Originally from Australia, Cherie worked alongside Annie for 19 years pouring out her life for Africa’s children for close on two decades. Her daughter, Tandazi was only two years old when Cherie arrived at the orphanage and turns 21 this year. Her funeral took place on 3 February and she was buried in a garden on the grounds.

You can imagine the struggle Annie has had to face, losing her dear friend, and successor, Cherie, while at the same time fighting her own health battle. Everyone who knows Africa knows that malaria can be a killer nevermind the staggering number of people who have died from the current pandemic so it’s a miracle Annie has the strength to go on.

The Mother of Malawi story is still being written

However miracles are commonplace in Annie’s life. Her biography tells one story after another of how she was nearly left for dead. From the time she was a little girl living in Nazi-occupied Friesland, despite having a Jewish grandmother, to many other accounts of how the enemy tried time and time again to wipe her out.

Mother of Malawi is the beautiful story of how she chose to walk in forgiveness in the face of hatred and turn a place where her blood had been spilled into a place of hope. Years ago she was attacked by a mob of people from a neighbouring village and everything she had started lay in ruins. But Annie refused to give up. Instead, she turned a place of death and destruction into a place of life and love.

Please pray for Annie for a full recovery. In her latest text she simply writes, “Covid and malaria at the same time is taking it’s toll on my body. Still in bed most of the time. Taking small walks. Little by little I get better.”

Please also pray for the entire Kondanani community as they continue to grieve the loss of Cherie Martin, that God would comfort them and especially Tandazi.

Kondanani Children’s Village and the paediatric hospital rely on the generosity of Christians around the world to keep going. Please consider sending a gift to encourage them at this crucial time. Click to donate.

2 thoughts on “Mother of Malawi battles Covid-19, then malaria but thankfully survives to care for over 100 children”

Tue Feb 23 , 2021
Nzambi Matee is considered one of the young champions of the earth due to her contribution to conservation in Kenya. She has discovered a way […] 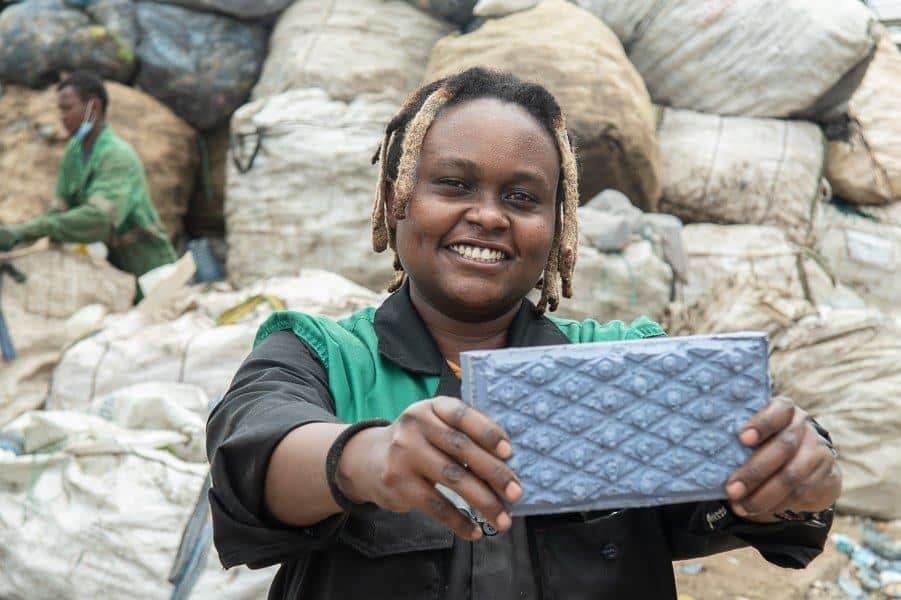