Life is a gift all of us have received from our Creator. No matter what belief system we belong to, the One who created us, gave us this life to live. It is His desire for us to live wholesome lives. If there is sickness in our bodies He has the power to make us whole.

Today if you are standing at the crossroads in your life, searching for a way forward and not finding one just because you need healing… Don’t give up! There is hope for you.

Hope for Those Suffering from Sickness

There is a place where all those who have lost hope can come to. There is a person to whom all those suffering from all kinds of sickness and infirmities always found relief, healing and comfort. That person is Jesus.

There was a woman who had a problem of bleeding for twelve years. She had done everything possible to get treatment for this problem, but no physician could help her. Then she heard about Jesus. She thought to herself, that if she just touches the clothes of Jesus, she would be healed. It was a very courageous act for her to even come into a public place, but she followed Jesus and made her way through the crowd and managed to touch Him! He turned around and asked ‘Who touched My clothes?‘ and she came and accepted that it was her.

Then Jesus said to her, “Daughter, your faith (your trust and confidence in Me, springing from faith in God) has restored you to health. Go in (into) peace and be continually healed and freed from your [distressing bodily] disease.” Mark 5:34

Jesus had so much power within Him that Mark 3:10 says, “For He had healed so many that all who had distressing bodily diseases kept falling upon Him and pressing upon Him in order that they might touch Him.”

The Reason why Jesus Came

John 3:16-17 tells us, “For God so greatly loved and dearly prized the world that He [even] gave up His only begotten (unique) Son, so that whoever believes in (trusts in, clings to, relies on) Him shall not perish (come to destruction, be lost) but have eternal (everlasting) life.

For God did not send the Son into the world in order to judge (to reject, to condemn, to pass sentence on) the world, but that the world might find salvation and be made safe and sound through Him.”

Long before Jesus was born, the prophet Isaiah had spoken about Him, Isaiah 53:5 said, “But He was wounded for our transgressions, He was bruised for our guilt and iniquities; the chastisement [needful to obtain] peace and well-being for us was upon Him, and with the stripes [that wounded] Him we are healed and made whole.”

The woman with the problem of bleeding knew this scripture. This is the reason she thought of touching Jesus! She thought to herself, “If this man is really the Son of God, the Messiah we are waiting for, I will receive healing!” And she did!

Jesus had the Power to Heal

Jesus healed even when those from other communities came to Him. Luke 7:2-10 tells us about a centurion whose servant was so sick that he was close to dying. He had heard about Jesus so he requested some Jewish elders to go to Him and ask Him to heal his servant.

However, before the elders began to speak to Jesus, the centurion sent another message for Jesus saying, “Lord, do not trouble [Yourself], for I am not sufficiently worthy to have You come under my roof; Neither did I consider myself worthy to come to You. But [just] speak a word, and my servant boy will be healed. For I also am a man [daily] subject to authority, with soldiers under me. And I say to one, Go, and he goes; and to another, Come, and he comes; and to my bond servant, Do this, and he does it.” (verses 6-8)

Jesus marveled at this centurion’s faith and said, “I tell you, not even in [all] Israel have I found such great faith [as this].” We learn that “when the messengers returned to the house, they found the bond servant who had been ill quite well again.”

A Journey of Healing

Jesus travelled a lot and healed many people wherever He went. Matthew 4:23-24 says, “And He went about all Galilee, teaching in their synagogues and preaching the good news (Gospel) of the kingdom, and healing every disease and every weakness and infirmity among the people.

So the report of Him spread throughout all Syria, and they brought Him all who were sick, those afflicted with various diseases and torments, those under the power of demons, and epileptics, and paralyzed people, and He healed them.”

Wherever He went, there were crowds of people waiting to hear Him teach and heal them. Luke 9:11 says, “But when the crowds learned of it, [they] followed Him; and He welcomed them and talked to them about the kingdom of God, and healed those who needed restoration to health.”

Jesus didn’t just heal the sick. He did much more than that. He healed lepers, gave blind people sight, the deaf could hear, the dumb could speak, the lame and physically challenged could walk thanks to Him! He even raised the dead to life. Most of us know about Lazarus who was dead for four days. Jesus raised Lazarus and gave him life.

Not just Lazarus, there are others too. Like Jairus whose daughter was very sick and dying. He asked Jesus to come and heal her but the little girl died before He could reach their place. When the message came that she had died, Jesus insisted on going to his house. He held her by her hand and called her name and she returned to life!

You may think that the healings stopped after Jesus died. The good news is that it didn’t! The disciples of Jesus were also endowed with the power to heal. There are also reports of people who got healed when the shadow of Peter fell on them.

Even today people are receiving healing miracles. How is it possible? Well it is because Jesus gave us a promise in John 14:14, He said, “If you ask Me anything in My name, I will do it.” Those who know this, call on Jesus and ask Him to heal them.

The good news is that even if you do not know Jesus, you can still ask for healing in His name. Ask Him to touch you and make you whole. If you want to know Jesus, just ask Him to reveal Himself to you and He will do it. The exciting thing is that different people have met Jesus in different ways. People have shared their stories of how they met Jesus, there is just no way to predict how He will meet you.

Ask Jesus & He will Answer You

Jesus said, “Truly, truly, I say to you, if you ask the Father for anything in My name, Until now you have asked for nothing in My name; ask and you will receive, so that your joy may be made full.” John 16:24

We have been assured an answer, Jesus said in Matthew 21:22, “And all things you ask in prayer, believing, you will receive.”

Having faith is the most important thing for receiving healing. Those who ‘believed’ received miracles for even impossible looking situations. In Matthew 9:29, Jesus said, “According to your faith and trust and reliance [on the power invested in Me] be it done to you.“ All those who trust in Jesus receive answers, healing and even miracles.

Jesus is the Answer

It is not just healing, Jesus did a lot of amazing things. He walked on water. He multiplied food to feed thousands of people. He died on the cross to take away our guilt for the things we did wrong, our shame for the things we cannot talk to anyone else about. When we turn to Him and ask for forgiveness, He even corrects our mistakes and gives us a better life.

If you have been through a lot of trauma in life, He is a Comforter & Healer.
If you have committed some grave offense and suffer from guilt. Turn to Him, He will forgive you and give you a new life, He forgives and restores.
There is no hopeless situation that He cannot restore.

If you are suffering from any sickness or disease, turn to Jesus. He will hear your call and answer you. You may not know Him personally, but He knows you and He loves you. He is ready to do anything for you. Just call Him by name. You can speak to Him in your heart without anyone else knowing. He is able to hear you and answer your call. Don’t delay. Do it soon. He wants to save you. He wants you to be whole. 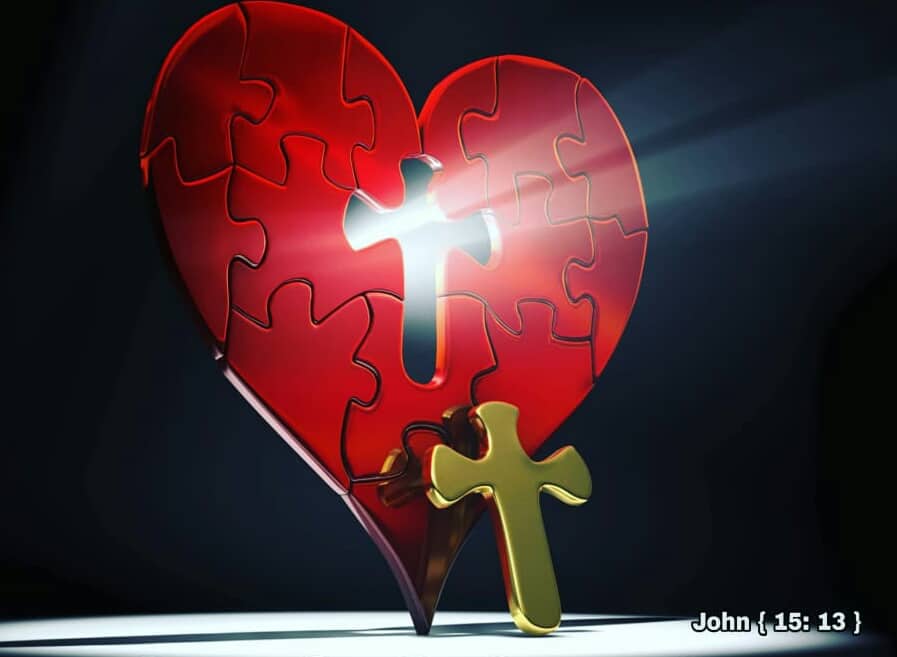 https://henriettadecruz.blogspot.com/
Henrietta is a writer, singer-songwriter, blogger and social worker based in Kerala, India. Having encountered God closely through life's many ups and downs, she has a passion to use her God-given talents for His glory and to see lives transformed across the nations.

A Clear Conscience is a Blessing

Mon May 10 , 2021
“Keep hold of the deep truths of the faith with a clear conscience…” ~ 1 Timothy 3:9 NIV Through the clear running stream the water gushed over the rocks, dropped into pools and the fishes thrived in it. We could stand on the side and look deep into the deeper […] 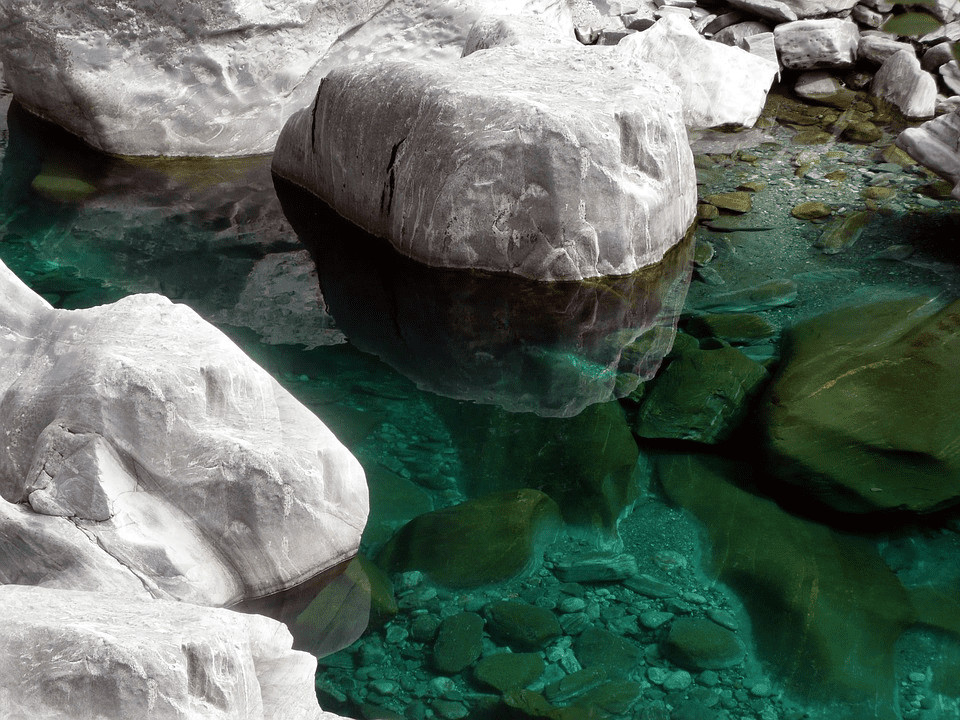