In John 7:15 we read, “The Jews were astonished. They said, How is it that this Man has learning [is so versed in the sacred Scriptures and in theology] when He has never studied?“ Jesus was not a Pharisee or a scribe. He came from a humble background and his father Joseph was a carpenter. Moreover, Jesus came from Nazareth. The common belief then was, “Can anything good come out of Nazareth?”

The people of Nazareth too did not accept Him. Mark 6: 1-3 says, “Jesus came to His [own] country and hometown [Nazareth], and His disciples followed [with] Him. And on the Sabbath He began to teach in the synagogue; and many who listened to Him were utterly astonished, saying, Where did this Man acquire all this? What is the wisdom [the broad and full intelligence which has been] given to Him? What mighty works and exhibitions of power are wrought by His hands! Is not this the Carpenter, the son of Mary and the brother of James and Joses and Judas and Simon? And are not His sisters here among us? And they took offense at Him and were hurt [that is, they disapproved of Him, and it hindered them from acknowledging His authority] and they were caused to stumble and fall.“

All of the disciples Jesus chose to be apostles were from rural areas, farmers and fisherman. Jesus did not chose well read men from high positions and affluent backgrounds. He did not choose the pharisees and scribes who knew the scriptures well either. Amazingly, the first person chosen to be an evangelist by Jesus is a woman. What makes this choice extraordinary is that she is not a woman with a clean record. Any leader of that time would never have chosen her, but Jesus did.

An Evangelist with a Past

John 4: 16-19 writes about the encounter Jesus had with the Samaritan woman at the well. It says, “Jesus said to her, Go, call your husband and come back here. The woman answered, I have no husband. Jesus said to her, You have spoken truly in saying, I have no husband. For you have had five husbands, and the man you are now living with is not your husband. In this you have spoken truly. The woman said to Him, Sir, I see and understand that You are a prophet.”

After a brief conversation with Jesus, “The woman left her water jar and went away to the town. And she began telling the people, ‘Come, see a Man Who has told me everything that I ever did! Can this be [is not this] the Christ? [Must not this be the Messiah, the Anointed One?]‘ So the people left the town and set out to go to Him.” John 4:28-30.

The Bible further records in John 4:39-42, “Now numerous Samaritans from that town believed in and trusted in Him because of what the woman said when she declared and testified, ‘He told me everything that I ever did.’ So when the Samaritans arrived, they asked Him to remain with them, and He did stay there two days. Then many more believed in and adhered to and relied on Him because of His personal message [what He Himself said]. And they told the woman, Now we no longer believe (trust, have faith) just because of what you said; for we have heard Him ourselves [personally], and we know that He truly is the Savior of the world, the Christ.”

Isn’t it amazing that the first town that accepted Jesus as The Christ was a town of Samaritans. His own people rejected Him, doubted Him and were even ready to stone Him at one point. John 8:59 says, “So they took up stones to throw at Him, but Jesus, by mixing with the crowd, concealed Himself and went out of the temple [enclosure]” Mark 6:4 says, “Jesus said to them, A prophet is not without honor (deference, reverence) except in his [own] country and among [his] relatives and in his [own] house.”

Most of the people who followed Jesus were those who were transformed by Him. One of them was Mary Magdalene, the woman who anointed Jesus with alabaster ointment. Mark 16:9 calls her “Mary Magdalene, from whom He had driven out seven demons.” This woman became a disciple of Jesus and supported His ministry. So great was her love for Jesus that she unflinchingly followed Jesus to the crucifixion and fearlessly went to the tomb when other disciples were hiding.

She was blessed to be the first person who met the risen Jesus. Jesus entrusted the job of sharing the message of the resurrection to her. John 20:17 says, “Jesus said to her, Do not cling to Me [do not hold Me], for I have not yet ascended to the Father. But go to My brethren and tell them, I am ascending to My Father and your Father, and to My God and your God.” If Jesus wanted He could have chosen a Pharisee, Pontius Pilate, Peter or any other disciple, but He chose humble Mary Magdalene for this privilege.

We also read about the demoniac man who was delivered of legions of demons. He insisted on following Jesus, Mark 5:19, 20 says “But Jesus refused to permit him, but said to him, Go home to your own [family and relatives and friends] and bring back word to them of how much the Lord has done for you, and [how He has] had sympathy for you and mercy on you. And he departed and began to publicly proclaim in Decapolis [the region of the ten cities] how much Jesus had done for him, and all the people were astonished and marveled.” Jesus told the delivered man to share the good news and he did it gladly.

Acts 10:28 reveals God’s heart towards people. Peter has a vision and learns an important lesson from it. “And he said to them, You yourselves are aware how it is not lawful or permissible for a Jew to keep company with or to visit or [even] to come near or to speak first to anyone of another nationality, but God has shown and taught me by words that I should not call any human being common or unhallowed or [ceremonially] unclean.”

“Peter opened his mouth and said: Most certainly and thoroughly I now perceive and understand that God shows no partiality and is no respecter of persons, But in every nation he who venerates and has a reverential fear for God, treating Him with worshipful obedience and living uprightly, is acceptable to Him and sure of being received and welcomed [by Him].” Acts 10:34,35

Has God Called You?

Colossians 1:25 tells us that God Himself chooses those who would serve Him. Paul write, “In it I became a minister in accordance with the divine stewardship which was entrusted to me for you [as its object and for your benefit], to make the Word of God fully known [among you]” The apostles used human wisdom to cast lots to choose the one who would take Judas Iscariot’s place, but God Himself chose Paul.

Similarly human leaders may use human wisdom to handpick persons for service but God does not have to adhere to their thinking, He chooses whoever He wants. No one can question His choice. He knows best because He Himself created each of us. Human leaders may err in their choice but not God. If God has called you for a task, you can be sure that you have it in you to fulfill your God-given purpose, for God will lead you and provide for you so you can can fulfill your purpose and destiny for the glory of His name.

A Warning for Leaders

He says, “I will seek that which was lost and bring back that which has strayed, and I will bandage the hurt and the crippled and will strengthen the weak and the sick, but I will destroy the fat and the strong [who have become hardhearted and perverse]; I will feed them with judgment and punishment.” (v 16)

Matthew 23, the ‘Woe” chapter reveals how Jesus rebuked the Pharisees, the religious leaders of His time. We would do well to read what He says in this chapter to learn what Jesus abhors so we can avoid following their example.

A Call to Serve the Sovereign Lord!

God is sovereign and almighty. There is no power that can withstand Him. In Isaiah 43:13 God says, “Yes, from the time of the first existence of day and from this day forth I am He; and there is no one who can deliver out of My hand. I will work, and who can hinder or reverse it?”

If the Lord convicts us about anything we have done let us seek His forgiveness. If He has called us to do something for His kingdom, let us not wait for man’s approval as He is above all human leaders and authority. Let us give Him our unconditional ‘Yes!’, who knows He will write history through the works He instructs us to do!

God called Samuel when he was a boy. Joseph’s and David’s stories began when they were boys. Jeremiah was a teenager. Deborah was chosen by God to be a judge in her time and Huldah was a prophetess. God did not see a problem in choosing Rahab, Tamar and Ruth to be part of the bloodline of Jesus. Daniel, Hananiah, Mishael and Azariah were eunuchs (2 Kings 20:18) If age, background or gender didn’t stop God, who are we to disqualify any person from serving the Lord?

If the Lord has called you, be obedient, step up and serve Him fearlessly! Romans 8:31 reminds us, “What then shall we say to [all] this? If God is for us, who [can be] against us? [Who can be our foe, if God is on our side?]”

Colossians 3:23-24 tells us, “Whatever may be your task, work at it heartily (from the soul), as [something done] for the Lord and not for men, Knowing [with all certainty] that it is from the Lord [and not from men] that you will receive the inheritance which is your [real] reward. [The One Whom] you are actually serving [is] the Lord Christ (the Messiah).”

[All references are from the Amplified Bible]

7 Free web Apps that are useful for growing your business

Thu Apr 15 , 2021
Most businesses have found their way online these days and you are no doubt harnessing the Internet in your favour, however, do you have any […] 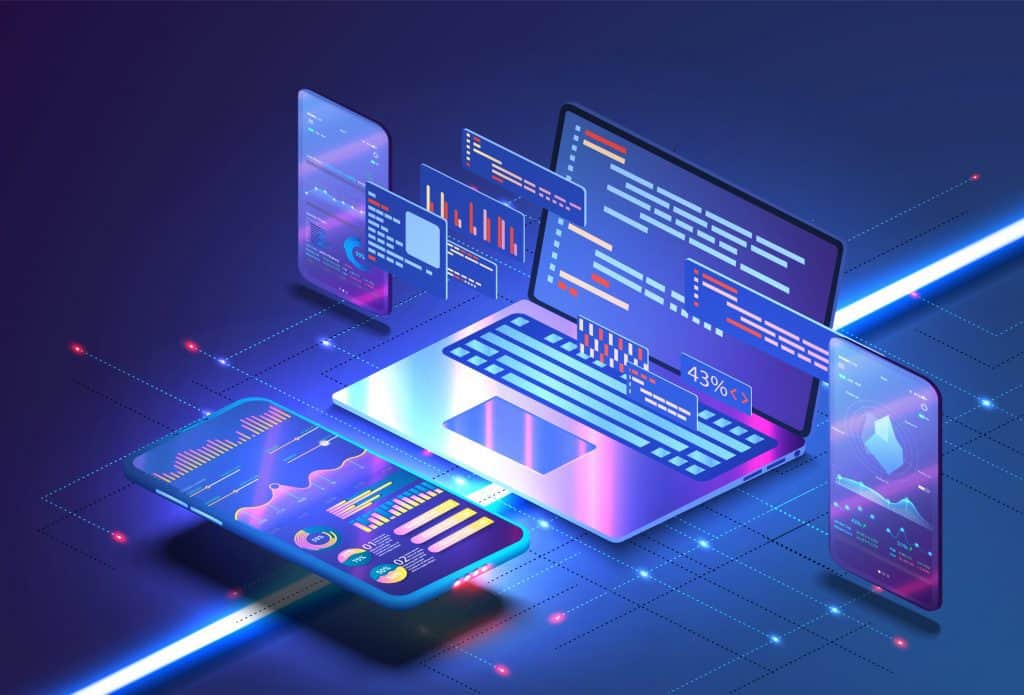