Looking back on World War 11 it seems inconceivable that so many children died in the Holocaust including 15,000 Jewish boys and girls at the Terezin concentration camp in the Czech Republic. This figure is horrific enough on it’s own and yet it is only a fraction of the 1.5 million children killed by the Nazis. However, the story of Terezin is also one which brings hope through the poetry and drawings of the children.

In 1941, the Nazis converted the small town of Terezin, northwest of Prague into a transit concentration camp for Jews on their way to the death camps such as Auschwitz. Amongst those held in Terezin were many musicians, writers, poets and artists. These brave men and women encouraged the children to write and paint about their feelings. Many of these have been published in the book I Never Saw Another Butterfly.

Sadly only 100 children out of the more than 15,000 at Terezin survived but their story lives on through their words. For example, “I was once a little child, three years ago, That child who longed for other worlds but now I am no more a child… For I have learned to hate… I have known fear… I still believe I only sleep today. That I’ll wake up a child again and start to laugh and play. I’ll go back to childhood sweet like a briar rose. Like a bell which wakes us from a dream.”

Violinist, composer, and worship leader, Ruth Fazal has set these poems to music along with Hebrew scriptures in a largescale musical composition for orchestra, choir, and soloists. Entitled Oratorio Terezin, it is “a love song of hope in the darkness of the Holocaust…” and it portrays God’s heart in the midst of suffering.

Oratorio Terezin was first performed in Toronto, Canada in 2003 and was followed by two tours, first to Europe and then to Israel. The concerts were attended by many Holocaust survivors and received standing ovations.

The concert in Tel Aviv on May 5th, 2005 was chosen by the city to be the main cultural event of Holocaust Memorial Day that year, and 3,000 people packed the hall including over 800 Holocaust survivors.  Then came Carnegie Hall in New York where it had standing ovations.

Marion Rice-Oxley has traced the journey of Oratorio Terezin in her award-winning documentary, I will not die’. You can watch the trailer below.

You can also watch the full Oratorio Terezin below which is still getting rave reviews on YouTube.

“This one of the most beautiful works I’ve ever heard!” Sandra says. “I’m sharing this with everyone I know! God bless you for doing this on behalf of God’s beautiful Jewish people!”

“Thank you, Ruth. This is an unbelievable piece of work from God,” Haiping Li writes. “The sorrow and suffering is beyond the Holocaust time, it’s Israel’s entire history. You truly feel what God feels. I am deeply touched. Hope someday there is an opportunity to listen to this music live.”

Born in England, Ruth Fazal began her musical studies on the piano and the violin, attending Dartington College for the Arts, before graduating from the Guildhall School of Music in London. Further studies on the violin took her to Paris, France. Since emigrating to Canada, and living in Toronto, Ruth has performed with the major orchestras in the city, as well as being actively involved in chamber music ensembles.

Ruth also uses her skills on the violin to create a place for people to enter into the presence of God. She is a worship leader and songwriter with over 20 CDs and travels extensively. Ruth’s deepest desire is to see the Body of Christ enter into a truly intimate relationship with Jesus. She has also composed several compositions for orchestra and choirs, the most well known of which is Oratorio Terezin.

Sat Jan 22 , 2022
Visiting Auschwitz is something every Christian should do, almost like a pilgrimage to the Holy Land. Then, together we must stand against anti-Semitism and holocaust […] 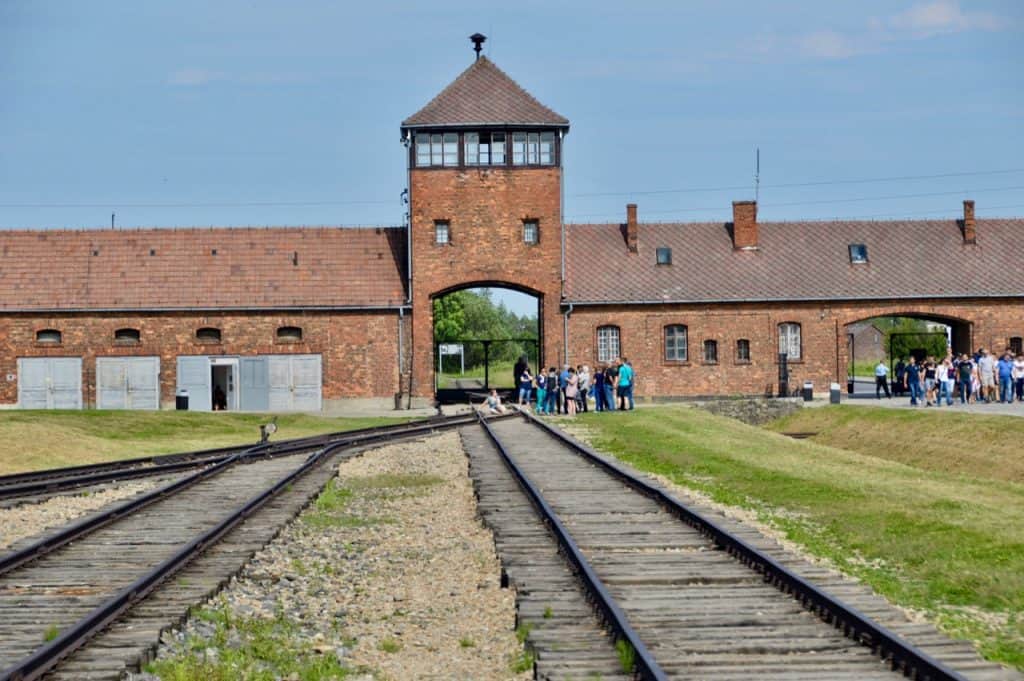